Back in April 2018, Neill Carman, Guidance Automation’s Customer Service Manager, was a fledgling runner taking part in the 9-week running plan ‘Couch to 5K’ when Paul Rivers, Guidance Automation’s MD (who was not a runner at the time), mentioned that he was looking for a challenge to help him with his fitness goals. After Neill initially suggested a 10k or, perhaps, a half-marathon, Paul, determined as he was, opted to strive to compete in the London Marathon. 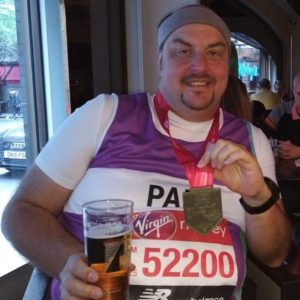 The London Marathon is part of the Abbott World Marathon Majors, a series of six of the largest and most renowned marathons in the world. Over 414,000 people applied for a place in the 2019 London Marathon, there were 42,906 starters and 42,549 finishers.

“The hardest part of the marathon is actually the training before the day” said Paul. “As the runs get longer it takes longer to complete and starts to take over your life. You have to ignore the final goal for a while and create a set of milestones to see this through. By creating a chart of all of the runs and ticking them off each day, the small milestones make the final event easier to complete”. 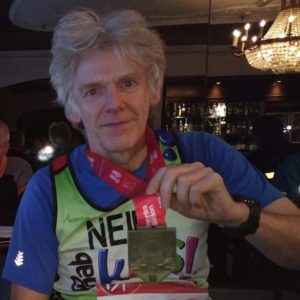 Paul continued, “On the day, the crowd pulls you along. At first, it’s easy, just like a normal run with lots of people watching. It’s a new route so that helps as its not repetitive. By the time you reach 18 miles, the body is saying ‘that’s as far as we go now’, it’s not trained for any more than this and yet there is another 8 miles to go! This is ‘hitting the wall’ that people talk about. Now it takes every bit of willpower, energy, mind over matter, pain killers and anything else that helps. But mainly it’s the crowds. By having your name on the front of your vest, they call out your name and give great words of encouragement and this really helps”.

Aiming to build on their success, Paul and Neill are already in training for their next challenge, a two-mile swim, part of the London Classics challenge.